Find the balance in your hectic life 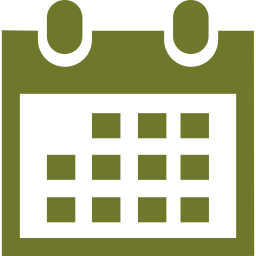 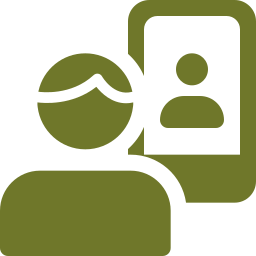 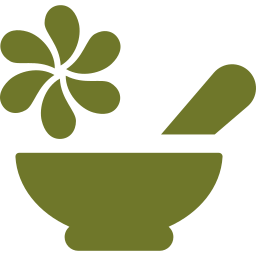 Acupressure is a normal inbuilt mechanism provided in the human body by the creator(Nature) for the treatment of all types of human diseases both physical and metaphysical without the help of any medicine but with the help of pressure or puncture or color or warming  (Moxibation) at a certain point in the human body.

The aim of acupressure is to enable qi (‘life energy’) to pass through the 14 channels (meridians) within the body. The theory of medicine states that for a person to maintain their health, the continuous flow of qi through these channels is necessary. The body can no longer maintain the balance to cope with health problems if this energy flow is blocked.

According to Gate Control Theory by Melzack and Wall, acupressure at specific point passes pleasurable impulses to the brain at a rate four times faster than painful stimuli. Continuous impulses shut the neural ‘GATES’ and slower messages of pain are blocked from reaching the brain and helps to improve or strengthen the pain perception threshold of body. Based on the location of stimulation, pressure-generation activates the small myelin nerves in the muscles and pass stimulations to the higher nerve centres including spinal cord, midbrain, hypothalamus and pituitary axis. Magneto encephalography (MEG) studies demonstrated conditioning of primary somato sensory response during the acupressure. In addition to sub-cortical effects on endogenous pain regulation acupressure also exhibits potential for affecting primary somato sensory processing and possibly altering maladaptive neuroplasticity. Auricular acupressure (AA), a micro-acupuncture is a non-invasive technique similar to reflexology in which endocrine functions are improved effectively. 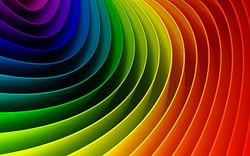 Color therapy (also known as chromo therapy or light therapy) is a type of holistic healing that uses the visible spectrum of light of electromagnetic radiation to cure diseases. It affects one’s energy level, mood, appetite, emotions, and physical or mental health as some colors are soothing and some are stimulating. Colors are used to balance the energy level of our body as they have subtle effect in everyone’s life mentally, emotionally, physically and spiritually.

Color Therapy doesn’t exist individually. There should be a base upon which color therapy can be applied. Colors are used in every therapy whether it is Reiki or Astrology or Numerology or Vastushastra.

In Ayurvedic Acupressure it is believed that whole universe is based on the ten elements among which five physical and five are metaphysical elements. These 10 elements are numbered 1 to 10 and are considered as the energy sources of the universe and each element has their color to increase (Tonify) and decrease (Sedate) the energy according to the disease.

According to Lee and Kim (2013) who examined and measured brain waves to investigate the human body’s response to each unique color wavelength, the brain was more activated with Red, Yellow-Red, Yellow, Green-Yellow, Blue-Green and Blue-Red compared with White, Blue and Green. Red, Blue and Green. According to O’Connor (2009), Red is known to be a warm and bright color, but is also considered an intense color is known for evoking emotions.. There are other symbolic characteristics of colors interrelate both physiological and psychological responses. For example, red is a symbol of power, courage, and a revolutionary soul, but is also seen as a symbol of cruelty, anger and violence. Green on the other hand conveys harmony, calm, and balance and is helpful for relieving stress and so on. 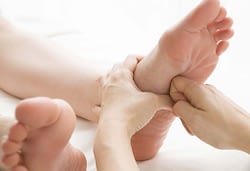 Sujok is a method in which hands and feet are used for medical treatment translated from Korean “SU” means hand  and “JOK” means legs. Hands and feet carry specific curative system that follow the principle of likeness “the shape of the hand and foot resemble the human body. These curative systems are given the name of CORRESPONDANCE OF HAND AND FEET. Hands and feet have a proper cure system for curing the diseases of the human body.the correspondence cure system implemented in hands and feet is a perfect independent system, which is logical, systematic, detailed and it is recognized by the whole world. This therapy is also called “Onnuri Medicine”. Onnuri means whole world. Great inventor of this therapy is PROF PARK JAE WOO.

In hands and feet there are numbers of points which are deeply related to some, or the other organ. If any organ in the body is in problem, then it sends message to the connected points. As a result these points become extremely sensitive and painful on pressing. In Fact, these points are conveying message to us that disease has taken place in a particular organ. When we treat this point by various methods, curative waves are produced. As a reply these waves send cure message to the diseased organ and disease is cured. The points on the hand and feet are called correspondence points because these points receive disease message of particular organ and as a reply they also send cure message to the diseased organ.

The body has the inherent ability to establish, Maintain and restore health. The healing process is ordered and intelligent: Nature heals through the response of the life force. The physician’s role is to act to identify and remove obstacles to health and recovery and to support the creation of a healthy internal and external environment. In short give the body the appropriate tools and it will heal itself.